About Us » Board of Trustees 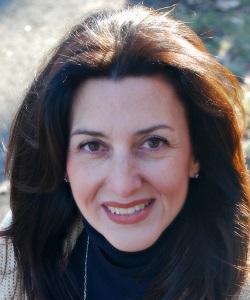 Dr. Grigos has been conducting research to better understand speech production in children for over 20 years. Her scholarly work uses kinematic, acoustic and perceptual methods to pursue two lines of research. The first examines speech motor development in children with speech sound disorders, which includes studying the efficacy of speech intervention for children with apraxia of speech. The second examines changes in speech production and facial movement in adults following facial transplant surgery, together with an interdisciplinary team from the NYU Langone Health System. Funding from the National Institutes of Health, NYU Steinhardt, the ASHFoundation and Apraxia-Kids has supported her research. Dr. Grigos’s research has been published in a number of journals including the Journal of Speech Language and Hearing Research, American Journal of Speech Language Pathology, Phonetics, and Clinical Linguistics and Phonetics.

Dr. Grigos is currently an Editor for the Speech section of the Journal of Speech, Language and Hearing Research.  She holds clinical certification from the American Speech, Language and Hearing Association, and is licensed in speech-language pathology in New York State. Dr. Grigos earned a B.S. from New York University, and both a M.S. and Ph.D. from Teachers College, Columbia University. She is a graduate of the Fontbonne Class of 1986. Dr. Grigos resides in Brooklyn with her husband and their three children. 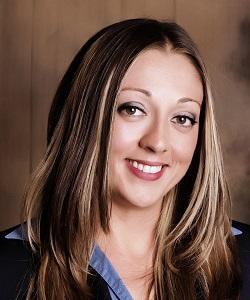 Christine is the co-owner of DC Licensed Mental Health Counselors PLLC. She is a therapist specializing in child, adolescent and adult therapy. Her area of specialization includes but is not limited to adjustment issues, anxiety, depression, behavioral issues, self-esteem and body image.  With compassion and understanding, she works with individuals and families to help them build on their strengths and maximize personal growth. She also has extensive experience working in crisis intervention. The New York State Office of Mental Health has acknowledged her for her crisis counseling work in responding to the communities impacted by Hurricane Sandy.

Christine is also a member of the NYS Psychological Association and the NYS Mental Health Counselors Association. During Christine’s free time she enjoys yoga, horseback riding, and tennis.

Sr. Maryann Napier is a Sister of St. Joseph of Brentwood, New York. Brooklyn, New York is her home town and she is a proud Alumna of Fontbonne Hall Academy. She did her undergraduate studies at Brentwood College. She achieved Masters Degrees from C.W. Post and the Immaculate Conception Seminary. Being the recipient of grants afforded her the great experience of studying at Potsdam State College, the University of Illinois at Urbana-Champaign, and San Diego State College.

Sr. Maryann Napier is currently the Mathematics Chairperson at St. Francis Preparatory High School in Fresh Meadows, New York. She teaches Calculus Honors and enjoys the energy of the young people that she meets. Being on the Board of Trustees of Fontbonne Hall has enabled her to meet new and interesting persons as well the ability to reconnect with her Alma Mater. 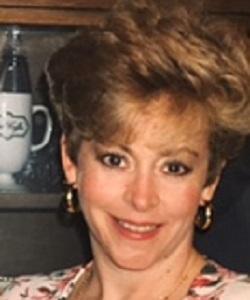 Kim Parker joined the Board of Trustees at Fontbonne in September, 2017. A lifelong Brooklynite, Kim attended St. Ephrem's Grammar School and Our Lady Of Perpetual Help High School. She then went on to attend The College of Insurance in NYC. She became the first woman sales representative in the New York office at The Guardian Life Insurance Company where she worked for over 28 years.
Since retiring, Kim has focused her time and energy on volunteering. Along with serving on the Fontbonne Board, she is the President of her cooperative, a member of the Parish Council at St. Anselm and has founded and runs the Do Not Litter Campaign in the District 20 school district.
Margaret Tramutola 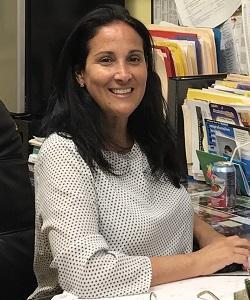 Margaret Tramutola-Hamdan was born in Brooklyn, the youngest of six children, to John and Margaret Tramutola. Her mother was a proud graduate of Fontbonne Hall Academy class of 1947. Her mother’s enthusiasm and love of all things Fontbonne influenced Margaret’s decision to become a Bonnie and graduate in the class of 1986. She is proud to be a member of the Board of Trustees for Fontbonne since 2016. Her parents taught her the value of hard work and the importance of a good education. These are values she brings to her work every day.
Margaret is completing her eleventh year as the Assistant Principal of P.S.160, in Brooklyn, New York. Prior to being appointed as Assistant Principal, Margaret taught at P.S. 127 in District 20. While she was in P.S. 127, she was named Teacher of the Year. She received a Bachelor of Arts from Fordham University and a Master of Science in Education from Wagner College. She continued her education and received a Master of Science in Administration from Touro College.
Presently, Margaret resides with her husband, Saleh Hamdan, in Bay Ridge, Brooklyn. When not busy with her school, she enjoys traveling and spending time with her family and friends.
Alice Burno 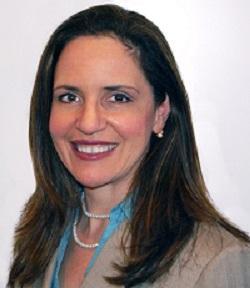 Alice M. Burno is currently a Director at Citigroup in New York City.  There she fulfills the multifaceted role of Portfolio Manager, Engagement Manager, and Group Team Manager.  Her position oversees many of Citi’s largest global enterprise-wide strategic programs and initiatives.  Alice’s primary area of expertise is in Project and Program Management.  She focuses on timely and cost effective achievement of key objectives through effective program management.  She employs a holistic collaborative approach and engages in proactive risk management.
Alice has accumulated over 30 years of work experience in a variety of corporate cultures including;  Con Edison, Bank of New York, Merrill Lynch, Columbia University, Avon, and Citi.  She's earned a B.S. in Mathematics and Computer Science from Pace University, an M.S. in Computer Science from Columbia University, and various project management related certifications (PMP, PgMP, RMP) from the Project Management Institute (PMI).  Additionally, Alice was a prior Board Member in the Project Management Institute (PMI), NYC Chapter.
Placing a high priority on education and continuous learning, Alice's philosophy is that it’s always important to stay relevant and be able to reinvent one's self.  She shares her skills and knowledge via coaching, mentoring on project management, as well as advising on career strategies and job searching.  In her spare time Alice enjoys traveling, cooking, and maintaining a healthy and fit lifestyle.  She's an avid runner, and has completed a total of 10 international/domestic marathons.
Maria DiCarlo 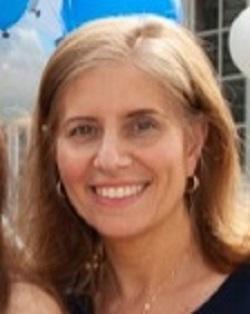 Maria DiCarlo is a mathematics teacher and Chair of the Mathematics Department at Poly Prep Country Day School in Brooklyn.
Dr. DiCarlo has been involved in mathematics education for the past 26 years.  She taught middle school and high school math for 8 years while she pursued a master's degree in secondary mathematics education and a doctoral degree in curriculum and instruction.  After she completed her doctoral studies, she taught adolescence mathematics education at the college level.  After 13 years of college teaching, she decided to return to the high school classroom as a mathematics teacher and administrator.
Maria DiCarlo is a Brooklyn native and a Fontbonne alumna, Class of '89.  She earned a B.S. in mathematics from Manhattan College and a M.S.Ed. and Ed.D. from St. John's University.  She is a mother of 3 daughters, two of whom are also Fontbonne alumnae - Maria, Class of '17 and Daniella, Class of '19.  She likes to spend her free time at the beach near her Belle Harbor home or traveling with her 3 daughters.